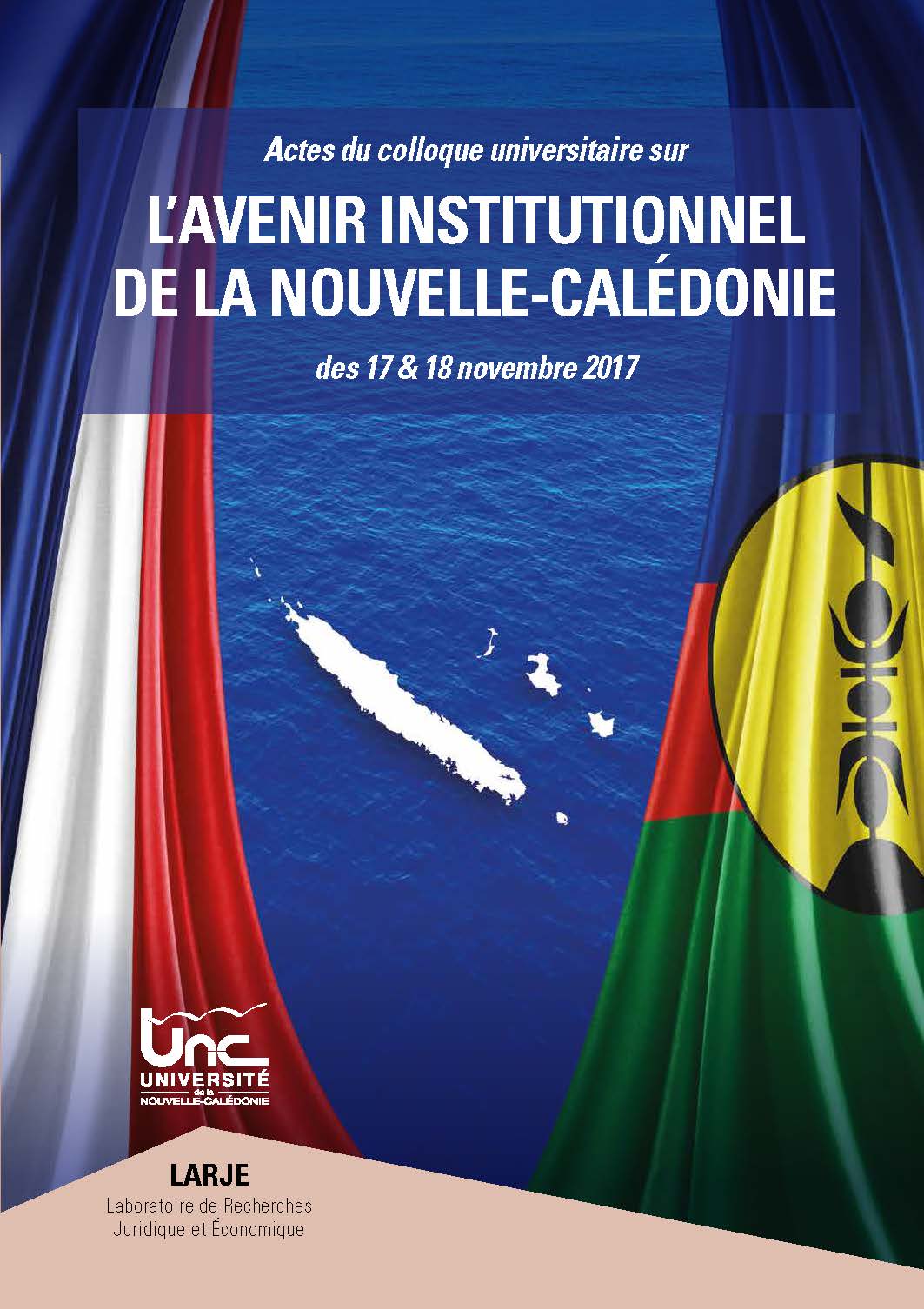 The Institutional Future of New Caledonia

The institutional future of New Caledonia, in the short, medium or longer term, raises multiple questions that the Laboratory of Legal and Economic Research (LARJE) of the University of New Caledonia chose to address at a symposium devoted to the subject in November 2017. On this occasion, researchers and professor-researchers from the University of New Caledonia, as well as universities in the South Pacific, Europe and Canada, were brought together around topics such as constitutional and institutional adaptations and transitions (in the Pacific – Vanuatu and Fiji – in Northern Ireland, Catalonia), shared sovereignty, the nature of associated states, multiculturalism… The aim was to document and enrich debates essential to any reflection on the future of New Caledonia, and to draw comparisons from international examples.

These approaches were the first part of the symposium. The second part saw presentations by the leaders of the New Caledonian political parties, who held seats at the Congress of New Caledonia at the time, by Mr. Bussereau and Mr. Urvoas – representatives of the French State and by members of the public in attendance.

It was necessary that these approaches, these reflections and positions be made available to a wide audience in order to address the pre-, but especially the post-referendum future. This book responds to these ambitions, which are also more broadly those of the University of New Caledonia, whose roadmap was partway drawn up by the Nouméa Agreement, and who is keen to fully shoulder its responsibilities in the area of development and rebalancing through training, research, enhancement and the diffusion of knowledge.

PARTAGERFacebookTwitterLinkedinThe institutional future of New Caledonia, in the short, medium or longer term, raises multiple questions that the Laboratory of … END_OF_DOCUMENT_TOKEN_TO_BE_REPLACED