The UNC’s policy of regional and international integration is a tool for New Caledonia. It is reflected in strong links with partner universities and institutions, educator and student exchanges, and joint research programmes.

The University of New Caledonia is part of an inter-institutional approach. It has been an important participant in setting up and defining the common priorities of the Consortium for Research, Higher Education and Innovation in New Caledonia (CRESICA).

The UNC has been heavily involved in the Pacific Islands Universities Research Network (PIURN) since its inception in 2014. It was the host and host university of the network’s first conference, which brought together scientific and institutional delegations from member universities (Papua New Guinea, Fiji, Samoa, French Polynesia) and guests from major regional universities (Australian National University, University of Auckland, University of Hawai’i).

Furthermore, the UNC is committed to developing optimal coordination through the dynamic forces of the PIURN et PACE-NET (Europe/Pacific) networks.

Alongside the PIURN network, the university has ongoing conventional ties with the major English-speaking universities in the Pacific, including Australian and New Zealand universities. It also works in partnership with the University of French Polynesia within the Pacific Doctoral School. The Pacific anchorage extends to Asia where some countries (Japan, Korea, etc.) have privileged relations with New Caledonia, especially on the economic front (nickel and tourism).

The UNC, a French and European university fully integrated into its region, maintains close ties with France and Europe. The various partnerships with major universities allow the exchange of students, professor-researchers (notably via the Erasmus mobility programme) or the setting up of research projects with the European Union (such as Horizon 2020). 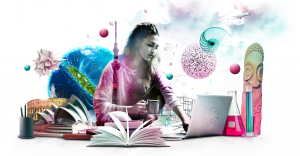 Established in 2018, the French Overseas Universities network includes the Universities of the West Indies, Guyana, Reunion, New Caledonia, French Polynesia and the University Centre of Mayotte. The French Overseas Universities thus grouped aim to increase their visibility as representatives in diplomacy, Francophonie and university strategy especially in their immediate environment. Among the main areas of work for this multi-party partnership are the training, success and mobility of students.

French overseas universities are also banding together to increase their ability to respond to major tenders such as the ‘University Research Schools’ programme of PIA3 (Investments for the Future Programme #3). This will also allow the creation of a network of tertiary courses and research excellence which is visible internationally, through pooling expertise, skills, technical platforms, scientific observation devices and experimental field stations which are present throughout the entire tropical belt.

Promotion of the “Francophonie”

New Caledonia is in the immediate heart of a predominantly English-speaking environment. This unique geo-political situation naturally provides the UNC with a key role in the promotion of the French language and the French-speaking world. Thus, the UNC takes an active role through the work of its research teams and with the help of the University Agency for Francophonie (AUF) of which it is a member. In this area, the university has developed partnerships with the Pacific International Meetings and Exchange Centre (CREIPAC), a tool in New Caledonia to promote Francophonie to the non-academic public.

The UNC is implementing cooperative actions with Vanuatu, a bilingual French-English state, including training French-speaking youth each year for the Diploma of Access to University Studies (DAEU) in Port Vila. An offshore university training programme has been set up in Vanuatu in consultation with local stakeholders.

Long established in Wallis and Futuna, the UNC pursues significant research programmes there focused on the topics of climate change and adapting to climate change in partnership with the country’s technical services. A branch of the university has been created there which is expected to expand (scientific base, resource centre, etc.).