Accueil   >   Ouvrages   >   The Independence of Universities in New Caledonia 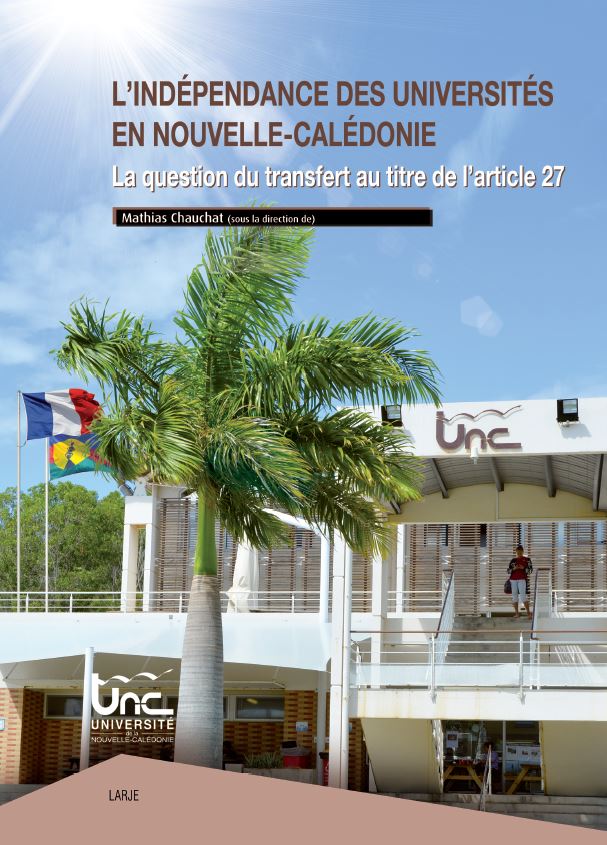 The Independence of Universities in New Caledonia

Section 27 of the Organic Law would allow for the transfer of higher education. It is a “dual key” mechanism that requires a simple majority request from Congress and an organic transfer law. This would not be transferred without existing laws.

Would the transfer of the competence of higher education mean initially at first that the Congress of New Caledonia could become competent to regulate both education and the modalities of the organisation of public service, including the institutional provisions concerning the university? Would the university be destined to become a public institution in New Caledonia? The transfer would also apply to other tertiary training programmes. This prospect is open, under the future control of the statutes by New Caledonia itself. Would the constraints of academic independence and institutional autonomy limit New Caledonia? Does the state itself have complete freedom in the drafting of the organic law that would impact the transfer of higher education? Is it not required to respect established constitutional principles and which ones? Would these principles then be enforceable against the Congress of New Caledonia when it takes over from the French State? Can we argue for the university to become an “autonomous” public institution in New Caledonia, with a special status that would acknowledge its academic freedoms?

PARTAGERFacebookTwitterLinkedinSection 27 of the Organic Law would allow for the transfer of higher education. It is a “dual key” mechanism … END_OF_DOCUMENT_TOKEN_TO_BE_REPLACED