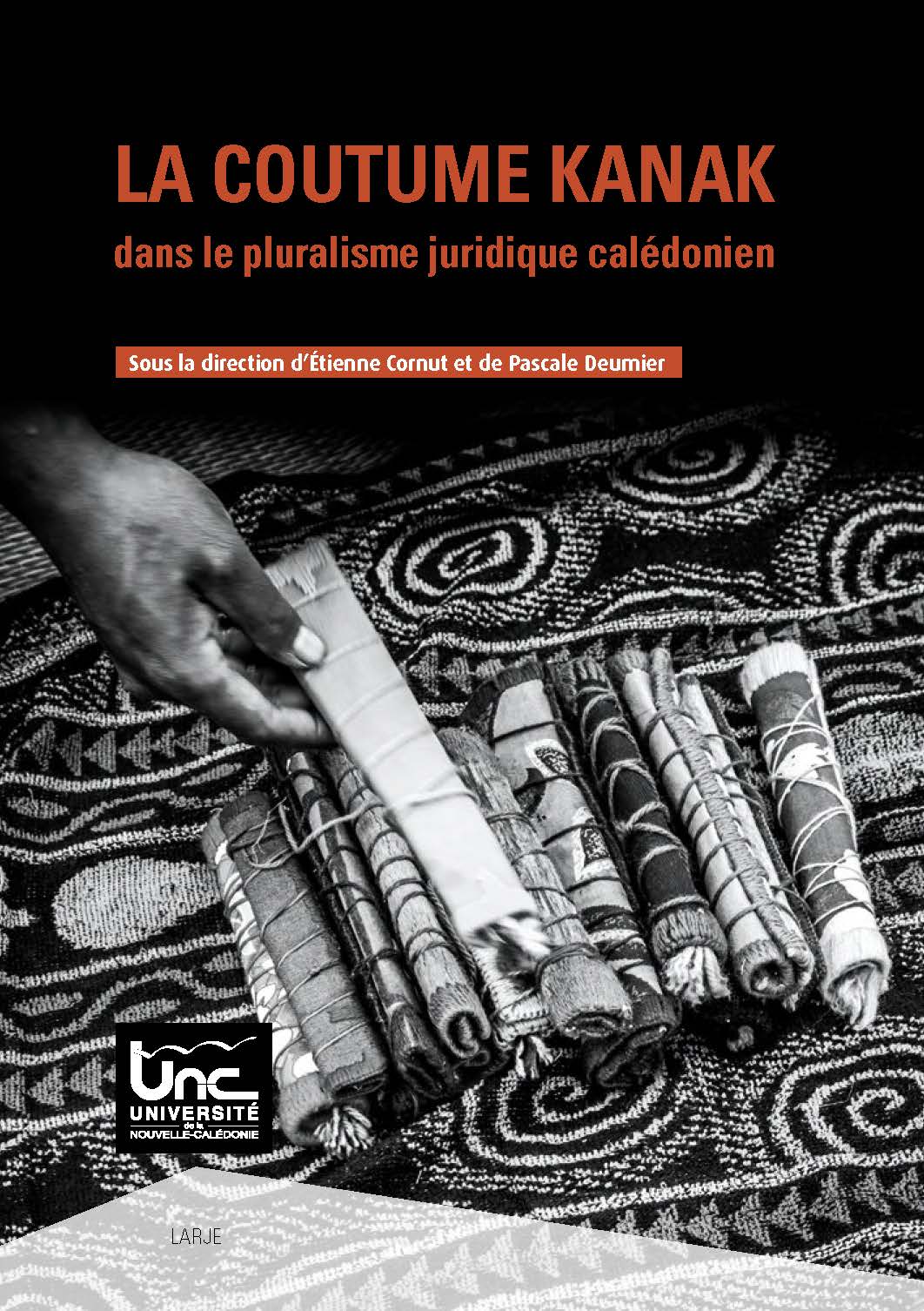 This book presents the results of collective research conducted from 2014 to the end of 2016. Its purpose is not to understand the Kanak custom in its sociological reality, but rather the Kanak custom as observed by the legal system in order to propose a better response to this customary right in the normative corpus of New Caledonia.
This project has created a body of customary law that provides access to a previously overlooked law, including more than 600 decisions made since 1990 in customary litigation and proposing a lexicon of customary terms. In order to reinforce this accessibility of custom, but also to establish proposals for its better integration, these decisions have been the subject of content studies by theme (customary status, family, customary land, civil interests). The first part of the book accounts for the judicial custom as observed.

However, custom, like customary law, goes beyond this judicial dimension alone. The reflection of its integration into New Caledonian law had to take into account a broader context in order to measure all the stakes: that of the role that custom could play in matters hitherto left out of its scope by organic law (criminal law, labour law, in particular), that of its anthropological and economic foundations, that of the various vectors of its integration whether institutional (authorities and institutions, justice, customary civil status, customary act) or theoretical (legislative, internal conflicts of norms). These different issues are studied in the second part of the book.
It is based on this collective work that the book concludes by formulating proposals that could allow a better integration of the Kanak custom into New Caledonian legal pluralism.

PARTAGERFacebookTwitterLinkedinThis book presents the results of collective research conducted from 2014 to the end of 2016. Its purpose is not … END_OF_DOCUMENT_TOKEN_TO_BE_REPLACED